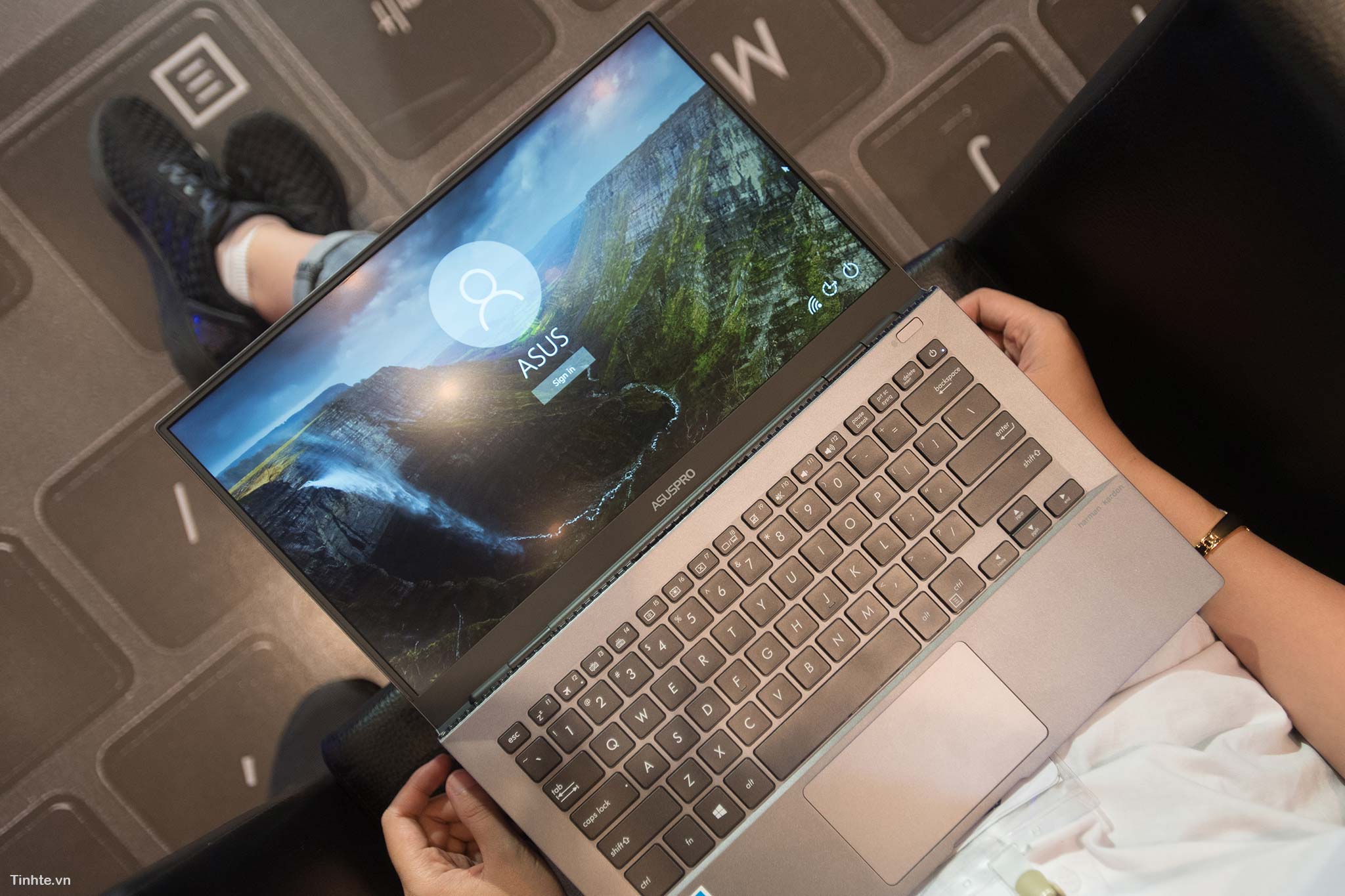 Today, 8/6 – just a week after Computex 2017, Asus officially brought their new laptop series to Vietnam. Although there are not enough 5, there are three options – three options for three different segments, including the ZenBook with the UX430 (launched mid-May), the VivoBook with the S15 model ( launched at Computex) and ASUSPRO with model B9440 (laptop appeared from CES 2017)

video is updating
All three laptops have a lightweight design with the familiar design of Asus (of course, each machine is lightweight in its segment, not light equally). All three have FullHD screen resolution but only ASUSPRO and ZenBook are equipped with anti-glare screen. In particular, VivoBook S15 is the cheapest machine to hit the student-student segment with starting price from 12,474. Even if it’s a cheap handset, the S15 is still equipped with a fingerprint sensor, USB port C, a slim bezel and a 60% fast charge for 49 minutes. Of course, the highest configuration of the S15 in Vietnam will also be up to Core i7 CPU, VGA GT 940MX, 2TB hard drive and 512MB SSD .. and the price is also higher than the starting amount of 12.5 million .

At the event, I can only scream outside of her mostly. And the first impression is that the machine is right for the price, you pay more attention to the inside as well as the feature than the outside because this machine is obviously plastic and manipulates the type of slightly comfortably even with a computer as easy as his. The second computer of the ZenBook – UX430 brought to Vietnam by Asus with prices starting from 19tr990. This is the most beautiful of the three machines, because the outer coating is almost transparent and concentric veins create eye-catching effects (each one is easy to stain).

Unfortunately, this machine is only nice when folded, because the screen design and the inside makes it easy to drop emotions because it does not really match the ambience outside the screen edges are quite thin only 7.18mm. However, apart from a small point in terms of not match the overall machine is still pretty good value for money! Specifically, we will have a 14 “screen in the 13” body, a one-touch fingerprint sensor, the highest configuration up to Core i7, 512GB SSD and up to 9 hours of battery life (of course there are still). fast charging). 864/5000
This is the most expensive machine in the three, perhaps because according to Asus they want to target the entrepreneur. This machine, though not as shiny as the Zenbook UX430, is exceptionally durable thanks to its monolithic magnesium body, which meets US military standard STD-MIL 810G. It is also the world’s lightest 14-inch notebook with a weight of just 1.05kg, thanks to the ultra-thin bezel of only 5.4mm on the 3 edges that put a 14 “screen into the 13” body. Not to mention, the machine can open up to 180 degrees. Of course, ASUSPRO will also own the highest configuration up to Core i7 (Lowest is i5), 512GB SSD, Window 10 Pro. The ZenBook UX430 has been on sale since mid-May, while the other two will officially be available in June, and the VivoBook S15 is the laptop that Asus sees as its mainstream launch. Back to school with student rates.